Data breaches are a common phenomenon in the world of data and can pose serious threat to organizations. When a data breach occurs, a company’s reputation is at risk, and fines from legal authorities may be imposed. The costs of such breaches can be enormous. According to IBM’s Cost of a Data Breach Report, issued in conjunction with the Ponemon Institute, in 2021 the average cost of a data breach reached $4.24 million per incident, in healthcare it was $7.13 million. Let us walk you through the biggest data breaches of 2021.

The Amazon-owned streaming service experienced a data breach in October. There was an error in a Twitch server configuration change that resulted in access to 100GB of data by a malicious third party and data leak.

An investigation was launched immediately, the company fixed the configuration and secured the systems. This leak was caused by a human error, hence an insider threat.

Astoria Company LLC focuses on lead generation from various websites and collects data for its clients.

Park Mobile provides the largest cashless parking app in the U.S. In March, the company experienced a data breach in which the personal data of 21 million customers was sold online by Russian hackers.

The breach occurred due to vulnerability in a third-party software that is being used by the company. Park Mobile immediately launched an investigation, notified legal authorities, and recommended that customers change their passwords.

ClearVoice Research focuses on market research surveys. In April, the company discovered that a backup file of one of their survey databases from 2015 was exposed and sold online.

The company launched an investigation, located the backup file, secured it and eliminated any further exposure. Other files were checked to see whether they were secured properly against other breaches.

ClearVoice Research reset the passwords of people whose data might have been compromised and implemented security measures to prevent the recurrence of such an event.

Jefit is a workout tracking app. In March, the company experienced a data breach due to a security bug. The breach impacted clients’ accounts that were registered before 20th September 2020.

The company secured the servers and impacted accounts immediately and launched an investigation and contacted the authorities. Jefit also adopted new security measures to avoid another breach in the future.

How to avoid data breaches

There are various ways to avoid data breaches. The tips below might help you to protect your company’s valuable data.

Eighty-five percent of companies experience a data breach and 60% of small businesses close within 6 months due to a major data leak. At Safetica, we help all companies, large and small, from various sectors to protect their data against leakage and insider threats. Find out more information here. 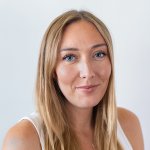