All developers, sit up!

What we're bringing on Safetica blog today will be highly interesting for all the fellow coders out there. Our developer Benny (Marek Strihavka) has put together a sample code showing you how to write a highly scalable Windows Socket server in C++. If you feel like you could make use of it, feel free to use the code in your own projects.

I am excited to share with you an interesting code that I’ve come up with. Have you ever thought about how to write a scalable Windows Socket server that can handle hundreds, or even thousands of connections at once? You can use this open and free IPC library for inspiration.

In Safetica, we have eventually decided not to use this library in our code since sockets have their downsides (e.g. can be blocked by a firewall) and there are more efficient ways to communicate within one computer. However, the code has made it to the final round of our performance tests.

The library is called "barbeque" (BBQ - Broadcast Burst Queue) and it uses overlapped I/O operations, Sockets 2 APIs, I/O completion ports, threadpool, it's all written in plain C++ (non-object inner code with outer object interface, designed for MS Visual Studio 2010 and higher). We’ve included also some unit tests with the code samples so that you can play around with the library before you decide to adopt it. 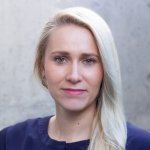 She devotes herself to the people who make up Safetica and excitedly introduces it to those who might become a part of it one day.

Download the full report today, find out why Safetica is a proven leader and how its DLP solutions will help you prevent data loss and future-proof your business.
Read more

Using Messenger for company communication is a big risk

Read an interview with Zbyněk Sopuch, CTO of Safetica, about the risks of messaging platforms for businesses.
Read more
Safetica uses small cookies to improve your website experience. You may disable them from your browser settings at any time. Learn more.